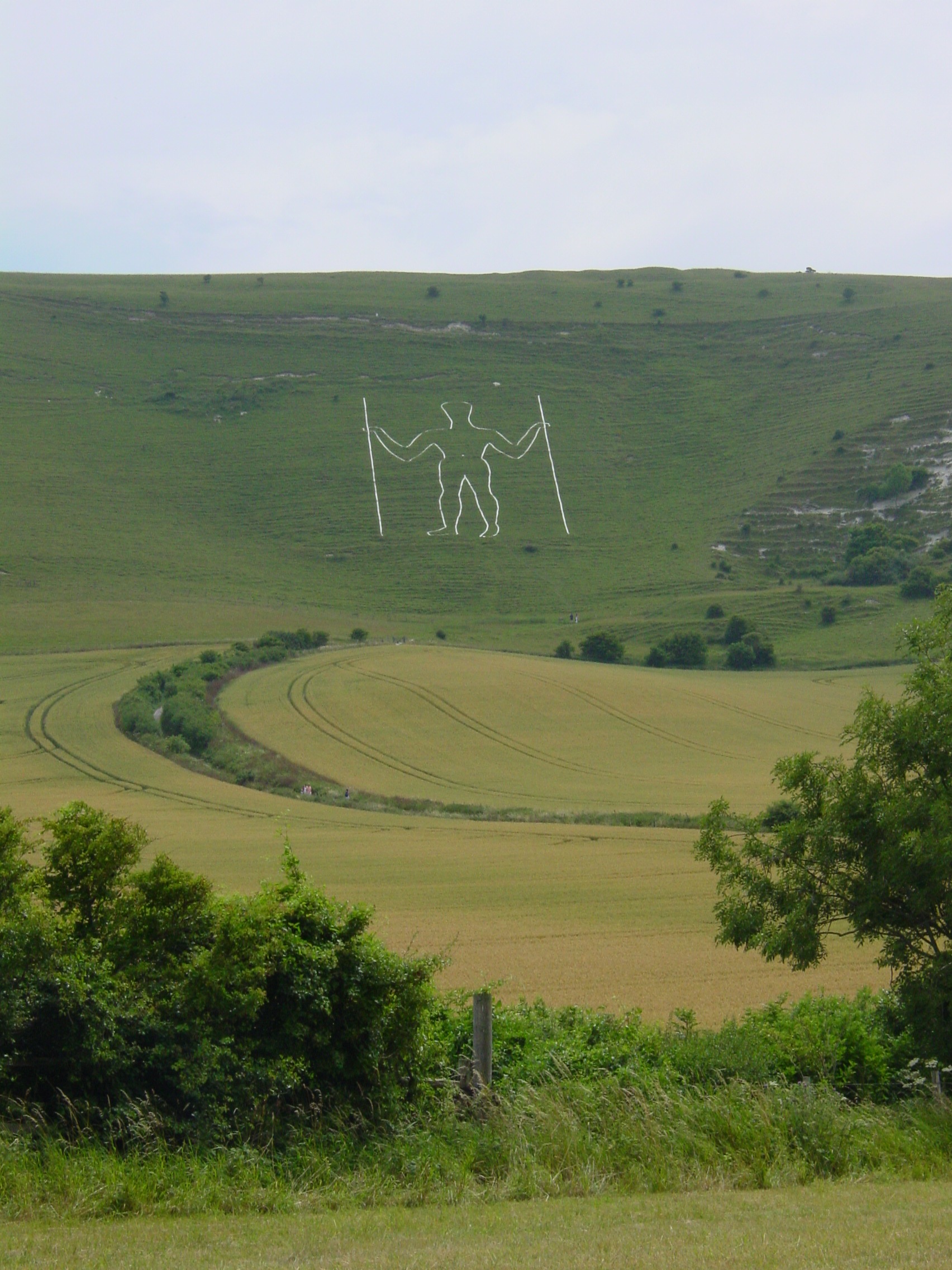 Geology, as it is the concentrated history of everything that has happened in a particular place over the last few billion years, is usually quite complex. Wiltshire County is blessed with a clear geological story that can be understood simply by looking at the terrain.

Wiltshire in the Jurassic and Cretaceous

Wiltshire is landlocked today, but from about 200 million years ago to 100 million years ago it was at the bottom of the ocean. At the beginning it was deep under the water, and the clay and limestone that crops to the surface on the northwest side of the county is a remainder of that ancient seabed deposit. As one moves to the south and east the rocks become progressively “younger.” That means that the mineral deposits that make up the earth are not the full 200 million years old, but instead formed atop that ancient foundation. About a hundred million years ago the seafloor in this area was much shallower, and the famous chalk beds that make up the south-eastern corner of Wiltshire County were made.

Prehistoric Plankton and The Chalk Beds

This chalk is made from the accreted shells of millions of years of oysters, molluscs, and coral-like organisms living in this very spot. The majority were grown by microscopic plankton shells called coccoliths. If it seems that it would take a lot of plankton to build the hundred-meter-deep deposits of chalk, that is correct. A hundred million years of uninterrupted growth is an awfully long time. The massive weight of the coccoliths above them crushed the shells down to small particles and compressed them into chalk. Even today around Wiltshire you can find the famous Chalk horses that celebrate this cultural heritage.

Wiltshire Emerges from The Ocean

After this period geological forces caused the area to lift, bringing it out of the ocean. Rivers and lakes formed as the earth dried, and erosion and weathering could come into play. The rain began to cut into the soft soil hills, washing them down to the alluvial deltas below. This sculpted the Salisbury Plain into the gently rolling, incredibly fertile territory that we know today. The chalk underbed was filled with a layer of eroded soil from the retreating rivers and lakes. Small hills of clay and flint, remainders of the ancient delta, dot the enormous expanses of chalk. There are also giant grey rocks of sandstone, the most durable survivors of the erosion process. These are the famous Sarsen Stones, the raw material from which Stonehenge and various other megalithic structures were made.

Chalk is very porous and absorbs water well. This means that there is relatively little surface water on the Salisbury Plain, as it all runs through the chalk beds and travels below ground until it reaches its primary drain, the Avon River. The Avon moves through Bradford on Avon and then flows downhill to Bath and the Atlantic Ocean.

Wiltshire is the inheritor of one of the most fertile and interesting geological histories in the world. The combination of workable chalk soil with the excellent drainage meant that this area has always been one of the premiere agricultural centres of the world, and the flint deposits and enormous Sarsen stones provided tangible inspiration for Stone Age farmers. The legendary hill figures of Wiltshire were only possible because of the layer of sparkling white chalk directly beneath the turf. The interplay between natural and human forces gives this region much of its intense charm.

To explore the geology of Wiltshire first-hand will require a good base of operations. There is a good range of accommodation from the small and intimate right the way up to the very luxurious. Of course, as with anywhere else in the UK, Wiltshire has no shortage of camping and caravanning parks so you can tailor your trip to your budget easily.

As you can see, over the past 200 million years Wiltshire has really experienced much in terms of its geology, and for those with a passion for the study of the matter that provides the support structure for our daily existence, it is an truly interesting county to explore.

Relax on an Andalucia beach holiday

What to expect when visiting Northumberland