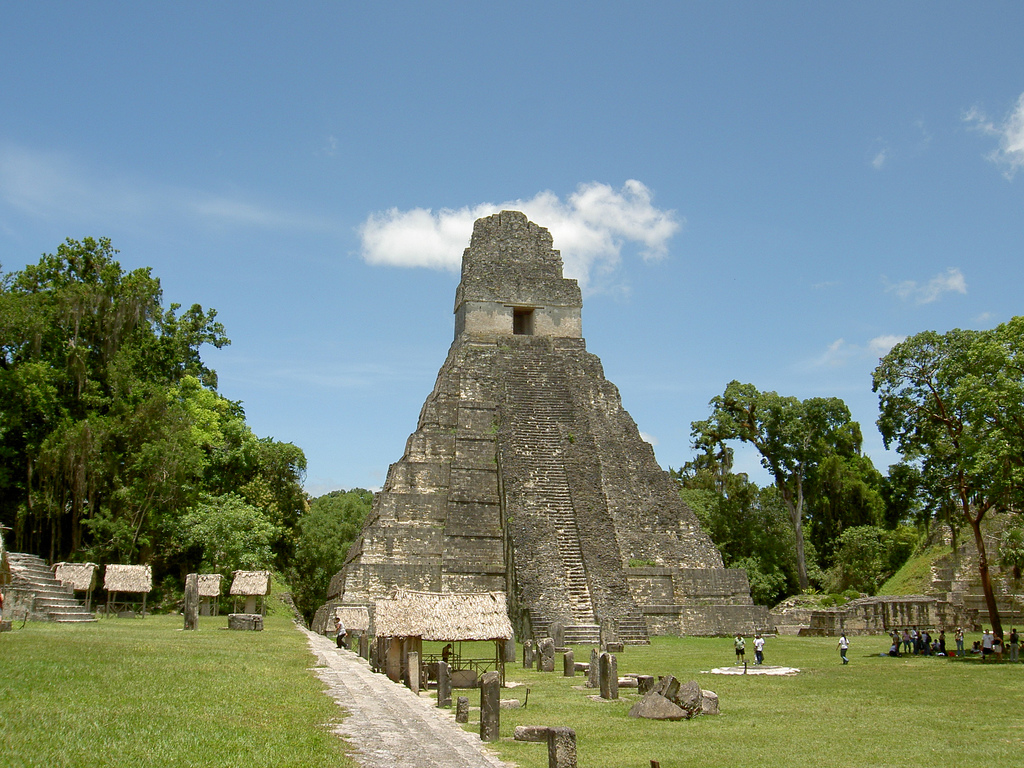 Imagine trekking through miles of dense jungle, slogging endlessly through the heat, sweat pouring down your face and gnats tormenting any exposed patch of skin. Suddenly you step through the dense foliage and see before you a white stone building rising and out of sight through the trees above. The ruin is covered in a lush layer of hoary vines and shrubs. You begin to climb the eldritch structure, scrabbling hand over hand up the crumbling stone steps that no human foot has tread for centuries. Then, just as suddenly, you break above the forest canopy.

The brightness of the sun blinds you after hours in the shade of the trees. Your eyes finally adjust, and you find yourself halfway up the side of a gigantic pyramid. The top of the forest canopy stretches away like the surface of an endless deep green sea, and in the distance, three or four other Mayan pyramids poke their tops above the surface like islands on the horizon. 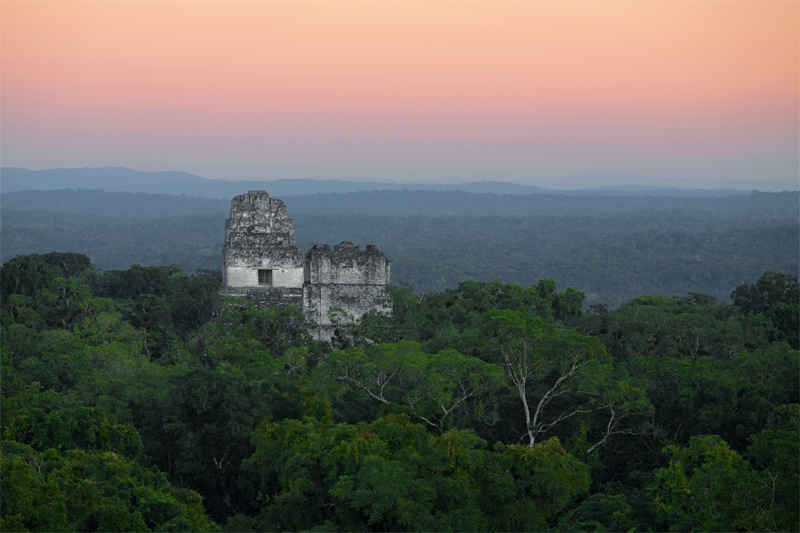 The above scenario is not just imagination but is a very real possibility for anyone adventurous enough, and curious enough about the lost civilization of the Maya, to make the journey to the jungles of Guatemala.

The high civilization of the Maya thrived for over 1,500 years across Mexico’s Yucatan peninsula and the rainforest jungles of Guatemala, Belize, and Honduras. Guatemala was the central homeland of this great pre-Columbian culture, and the greatest ancient cities of the Maya, Tikal and Mirador are located there.

Tikal is probably the best known of all the Mayan cities in Guatemala. The well preserved and restored Mayan pyramids of the ancient city’s ceremonial centre have been photographed and filmed countless times, and as a premier tourist attraction for Guatemala, it is the most easily accessed Mayan site by far.

However, there are and remain in Guatemala literally dozens, if not hundreds, of un-investigated Mayan ruins hidden under the canopy of the endless jungle. Far to the north of Tikal lie the ruins of El Mirador, a huge metropolis that thrived from 800 B.C. until it was mysteriously abandoned around 150 A.D. Archaeologists have barely scratched the surface of Mirador, and only a few of the thousands of ancient buildings have been surveyed.

Elsewhere in the lonely jungle wastes of Guatemala it is rumoured that other lost Mayan cities lie sleeping under the trees, waiting to be discovered by the intrepid explorer.

Explore the Wonders of China

Head to Thailand for Your Holidays